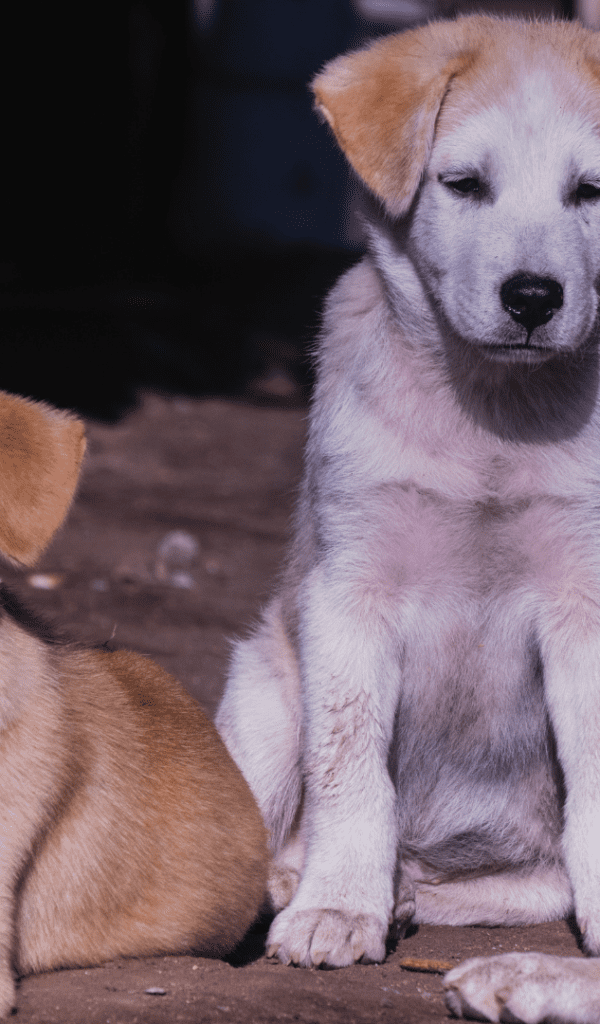 Introducing Meet the Pet People Podcast with Angela Fagan talking with Marc Abraham, the Vet, Author and Campaigner behind Lucy’s Law – the story of the little dog who changed the world.

Marc is well known as a TV Vet in the UK and has appeared on numerous shows including Good Morning Britain and even helped Boris Johnson the UK Prime Minister find and rescue Dilyn, a Jack Russell cross who was left abandoned by puppy farmers in Wales.  Dilyn’s story took him from Friends of Animals Wales in Rhondda, into the flat above No 11 Downing Street where Mr Johnson and his partner Carrie Symonds live. Dilyn was in foster care for five weeks having been abandoned by an unlicensed puppy farm in West Wales because he was regarded “unsellable” due to a misaligned (overshot) jaw.

Marc led a campaign to change the law to make it illegal for third party dealers to sell puppies without their mother being present.

This is the story of Lucy, the beautiful Cavalier King Charles Spaniel and how they changed the law.

The campaign for Lucy’s Law started because I was working doing a night shift in my emergency clinic in Brighton, and one night I saw an abnormal number of Parvo Virus puppies, which I am sure most people know is a deadly virus. It is suffered by puppies that are usually bred in questionable surroundings.

For anyone not knowing what a puppy farm is, it’s usually a large volume puppy producer in an agricultural building. Usually in a rural area that value profit over welfare. Factory farming of dogs really, which is, and has been legal for many years. These puppies came in and six lived and we sadly lost two.

Parvo is a horrific disease which attacks tiny puppies and just destroys them, and they usually die unless they’re caught relatively early. It’s obviously heart-breaking because it’s horrific for the dogs, and it’s also heart-breaking for the new owners and it can be financially destructive. To treat a Parvo pup can easily be thousands of pounds. So, these puppies came into my practice and it didn’t sit right with me that this was legal. But at that time, I didn’t even know what legal, and illegal was. It didn’t interest me at all. I just knew that it was wrong.

So, I kind of went undercover and I found this puppy dealer. He was selling these puppies and he appeared knowledgeable and gave out the sales patter and came across as believable. The puppies were on straw and there was poo everywhere, it was like a disused stable block. I obviously didn’t buy one. I came home and I looked up neighboring practices subscribing to my vet night clinic, all these puppies, every one, came from a spread of practices. That’s very odd because usually parvo, you see maybe one case a month, if that, because most dogs and puppies are vaccinated against it.

Then I found out that the puppy dealer was licensed, so third party legal puppy dealers who were buying these puppies in. I knew this from the sort of fake vaccination certificates and documents for the puppies from the last week at my vet practice, which were coming from Wales. I just thought this isn’t right. How can a puppy be sold by a third party when the advice is always to see the puppy interacting with its Mother at the place it was born.  That’s the government advice. So really the government saying only buy puppies if you could see the mum yet at the same time is licensing third party dealers to sell without the mother away from where they were born. That didn’t sit right with me, there was definite hypocrisy there with that, at the highest level.

I didn’t know anything about campaigning, the law or politics or any of those things that you kind of need to know – to do what I was about to do.

At that time, I was on TV a bit doing Paul O’Grady’s new show and This Morning and I was always invited to lots of charity dog shows around the country and I realised that one way I could raise awareness about puppy farming and the best ways to get a dog was to start a dog show.  I did it down in Brighton and later moved to London and it was called Pup Aid and we would have live music and food and in the middle of the dog show, we’d have a parade of ex rescue breeding dogs. So, it’s almost like here’s the evidence. This is why we’re here. These are the broken dogs, the rope burns and the broken teeth and the mammary glands dragging on the grass. The dogs were very nervous and people would cry and it would go quiet. It was a real way to hit home what we were campaigning for.

I was conscious that although it was helping to raise awareness and change public behaviour very slowly it was never going to end puppy farming. So, one of the judges on the first ever dog show was Caroline Lucas. Who’s a local Brighton MP, she invited me up to her office in Westminster to discuss my campaign and I had just helped her family get a dog. She got me started on the campaign trail politically, and she suggested I do my first petition. Which were very, very new in those days.

I’d go up to London and literally lobby MPS, over the next six years going to Westminster about 300 times from 2013 to 2019.  There were some poignant moments because at one point we were being blocked and sabotaged and not really supported by the government – who we were campaigning against to change the law. The campaign was to ban commercial, For-profit, Third party, puppy and kitten dealers.  So you had to either go to the breeder directly or go to a rescue. And anyway, so this went on with our little coalition of grassroots campaigners.

There was a point where we were up against the government, the pet industry, and four of the biggest charities in the UK. And we were a bunch of five grassroots campaigners with nothing against these huge organizations, including the government. With everything, so we had to be very strategic. And at one point I think it was February, 2017 and had Lucy sadly just passed away but she had this huge following on Lucy, the rescue cavalier Facebook page, which still exists. And I encourage anyone interested to seek out the page.

So we have this sort of ready-made army of 70,000 fans of Lucy, who were absolutely destroyed that she’d passed away. She was born on a puppy farm and lived five years there having many litters of puppies, and then she was rescued and spent three years in freedom, raising awareness with the minimum resources and became almost like a little mini social media doggie superstar.

At one point we were up against this sort of, I called it the fortress of the government and the pet industry, and these big charities and it was just us little campaigners. And we’d just been told off the back of a select committee inquiry that we were unsuccessful. That the campaign had been sabotaged is a strong word, but I’d been blocked behind the scenes by some of these big charities, and they’d look at it again in five years. So we had basically failed. It was so horrific because we’d presented evidence, we’d had debates, we’d met with MPS and we’d met with ministers and no one wanted to entertain this idea of banning third party sales.

With that, we rebranded the campaign. It went from a ban on third party, commercial for-profit dealers and sellers of puppies and kittens without their mums to “Lucy’s law” and as soon as we did that, it became more personal. We got the Daily Mirror behind us as a media partner, Celebrities and cross party MPS. We made it so cool and really hard for people not to want to be a part, that was the secret, the fear of missing out in a weird way.

Eventually in 2018, we did it. And then 2019 it became legislation and then 2020 it actually became enforced in law in England. And now it’s in, it’s going to be enforced in law also in Wales and Scotland from September 2021.

Hear the Podcast recording at – Meet the Pet People

Read the full story of the campaign – “Lucy’s Law: The story of a little dog who changed the world”.

Popular Tags:
Lucy's Lawvets
0
0
We use cookies on our website to give you the most relevant experience by remembering your preferences and repeat visits. By clicking “Accept”, you consent to the use of ALL the cookies.
Cookie settingsAccept
Manage consent

This website uses cookies to improve your experience while you navigate through the website. Out of these, the cookies that are categorized as necessary are stored on your browser as they are essential for the working of basic functionalities of the website. We also use third-party cookies that help us analyze and understand how you use this website. These cookies will be stored in your browser only with your consent. You also have the option to opt-out of these cookies. But opting out of some of these cookies may affect your browsing experience.
Necessary Always Enabled
Necessary cookies are absolutely essential for the website to function properly. These cookies ensure basic functionalities and security features of the website, anonymously.
Functional
Functional cookies help to perform certain functionalities like sharing the content of the website on social media platforms, collect feedbacks, and other third-party features.
Performance
Performance cookies are used to understand and analyze the key performance indexes of the website which helps in delivering a better user experience for the visitors.
Analytics
Analytical cookies are used to understand how visitors interact with the website. These cookies help provide information on metrics the number of visitors, bounce rate, traffic source, etc.
Advertisement
Advertisement cookies are used to provide visitors with relevant ads and marketing campaigns. These cookies track visitors across websites and collect information to provide customized ads.
Others
Other uncategorized cookies are those that are being analyzed and have not been classified into a category as yet.
SAVE & ACCEPT